Welcome to this little blog/debrief about my latest trip away to The Lake District.

This is my fourth trip here in 5 years. I have been hooked on the place ever since me and my girlfriend drove up from Kent in the Summer of 2013 to camp under the Langdale Pikes. We have since swapped the tent for a cottage in Keswick which has been a good base to explore from. Autumn does bring with it much more rain but generally the conditions are better suited to photography. My plan for this trip was to explore a bit more and to visit new locations rather than to revisit old ones. If the weather did not play ball at least I would have more knowledge to call upon when I came back. 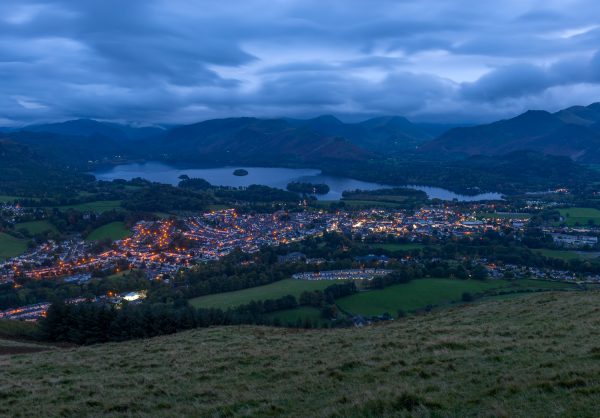 Overlooking Keswick and Derwent Water from Latrigg during the blue hour.

We arrived on Sunday afternoon and after the long drive we were in need of a little leg stretch but nothing too taxing. Latrigg which overlooks Keswick was the ideal first location of the holiday. I had not been up here before, although I had seen a lot of images from the viewpoint at the top so I knew I could ease myself into the trip with an easy shot.

The next morning was due to be calm with a chance of sunny spells which sounded perfect. I decided to go to Tewet Tarn as it was close by and seemed easy to get to which was important as I hadn’t been here before and would be arriving in the dark. It was only a 10 minute walk from the road but I’m glad I put on the wellies as the ground was very boggy especially around the tarn and with a lot of cow mess. After a cloudy start the light managed to break through to light up the fells behind the tarn.

3 Shot stitch of Tewet Tarn with Blencathra behind. 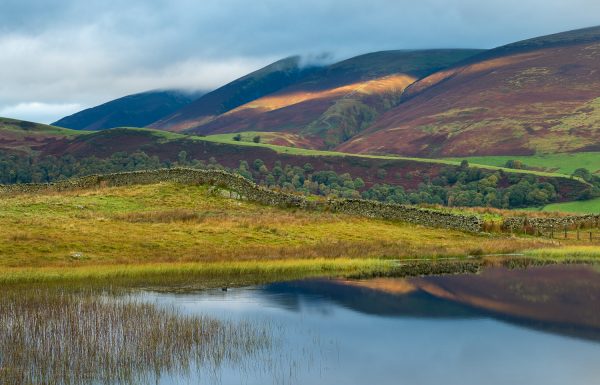 The remainder of the day was spent exploring Thirlmere reservoir. Unfortunately the few footpaths we tried were being worked on after being damaged in the 2015 storms. We did manage to find a nice waterfall though which worked well. The rain began shortly afterwards so we further explored a couple locations nr Rydal before quickly heading back to the cottage. 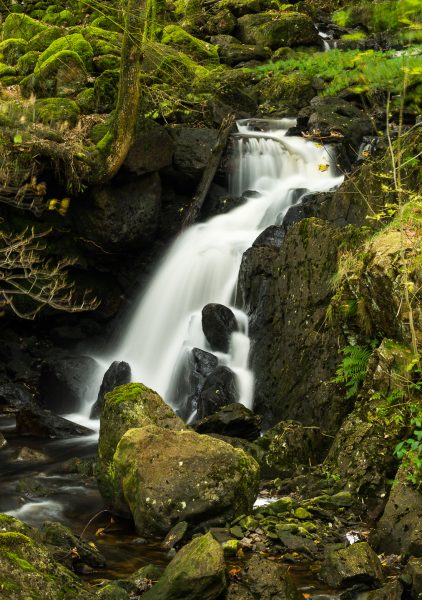 The next morning I visited Bassenthwaite Lake which did not wield any images. The weather was a bit dull but I did seek out a few nice angles which could work in the right conditions next time. Later on we went to Grange village in Borrowdale where we walked up Castle Crag which has lovely views over Derwent Water from the South. 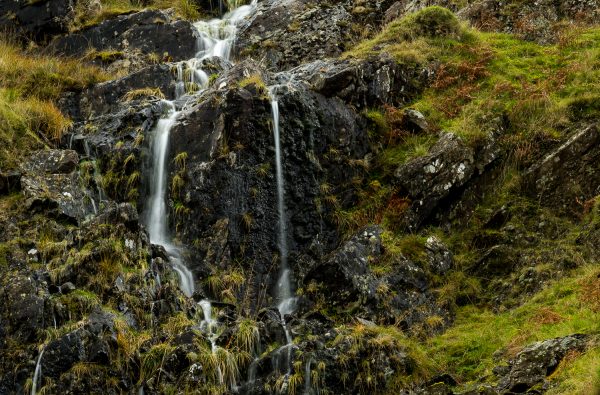 On the way up towards Castle Crag 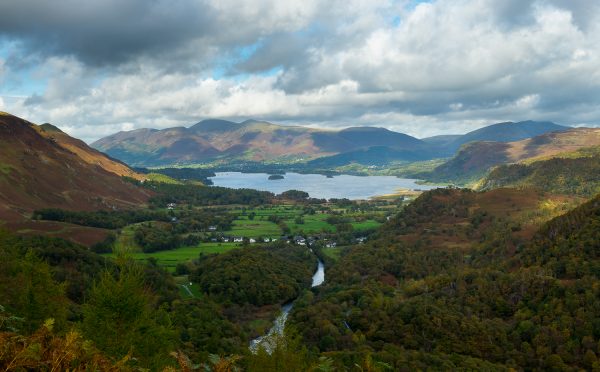 Snap from the top of Castle Crag in Borrowdale

On the way down I was glad to find a disused quarry that featured in Joe Cornish’s ‘With Landscape in Mind’ documentary. I knew this quarry was somewhere in the Borrowdale area but it was just pure luck to happen upon this one. I wish I could have spent a bit longer here as it’s a beautiful place but it was getting late and we were a bit tired from the walk. I managed to get a few quick shots I like but I’d like to come back and really explore the location. 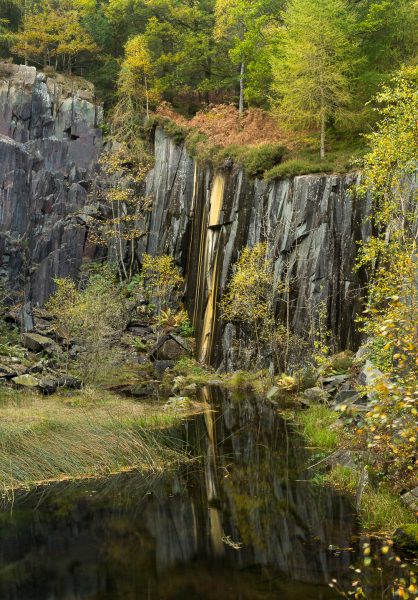 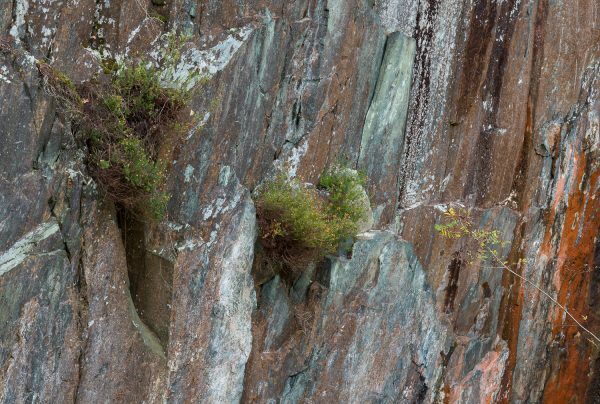 Lots of potential for details and abstracts in the quarry

More rain started that evening and would last for most of Wednesday too! This caused the cottage next to us to erect their flood defences which was a bit of a worry as we were right next to the River Gretna which had risen quite dramatically..! I had wanted to go to Wastwater for the first time that day but there had been some flooding to the roads and bridges on route so we took advantage of the rest day and I planned where to go the next morning.

Thursday morning turned out to be the most productive of the whole trip. The views from our walk on Tuesday had inspired me to seek out some extra height for the next morning. I checked the excellent Fotovue book by Stuart Holmes for ideas and decided upon Hallin Fell as it offered some amazing views over Ullswater and Martindale and was easily accessible. Wainwright also named it the ‘motorists fell’ which sounded ideal for a sunrise! 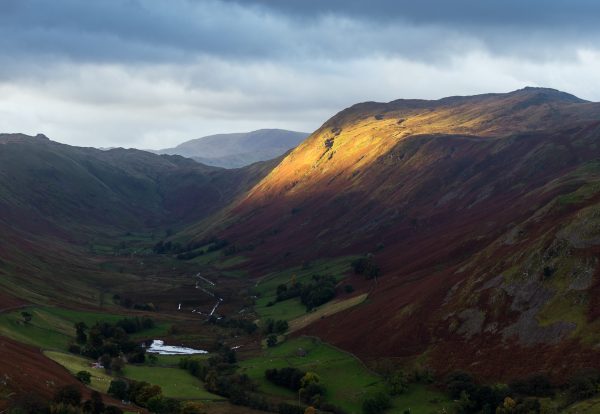 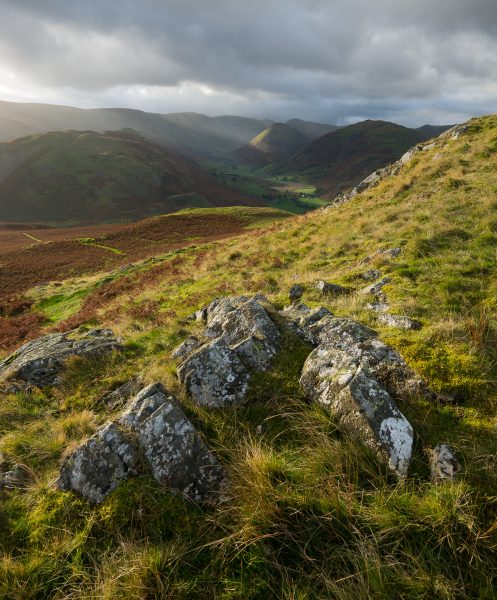 When I got to the top just after sunrise I was overwhelmed! The views in every direction were amazing and I was not sure what to focus on if the sunrise magic happened. Luckily this stress melted away as soon as the first streaks of light broke through onto the surrounding fells. I just reacted to the light and the new compositions it was constantly creating. I was shooting handheld mostly as the light was fleeting in between the cloud cover. It turned out to be the most fun I’d have on the trip, definitely the highlight for me. More images from the morning below..! 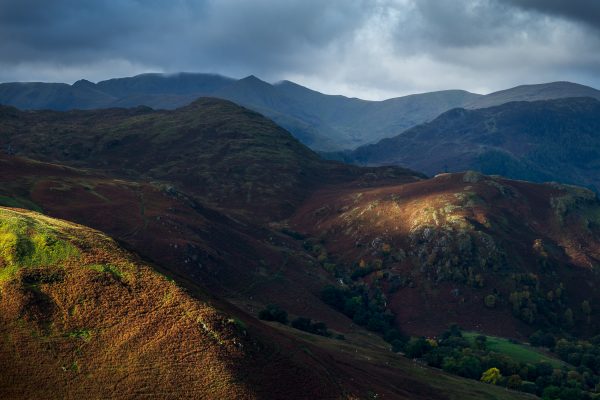 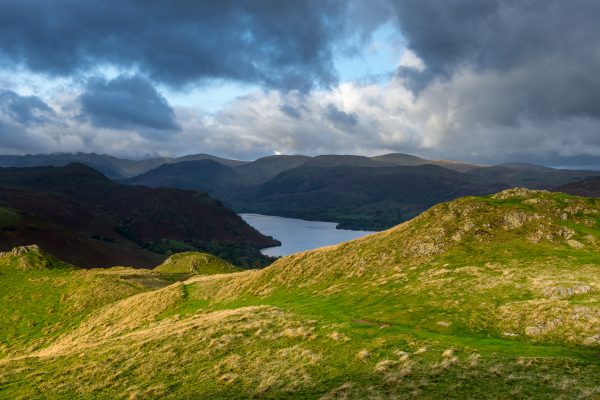 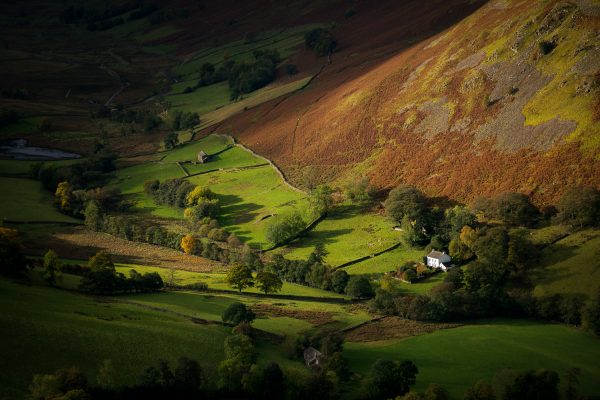 It was a fitting end as the next day was another rain day. We did get out to explore a few more new locations such as Lodore Falls, Surprise View and Ashness bridge.

All in all a successful trip. I think I’ve got some keepers and we managed to tick off some new locations which I hope to be able capture in ideal weather next time. I hope you’ve enjoyed reading.