Welcome! In this blog I’ll be going over what I did during the recent snow spell on the Kent Downs. 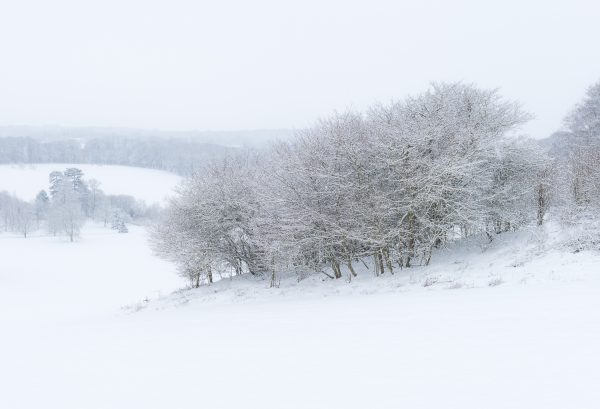 My favourite image from the morning. I love the way the snow has clung to the branches and the falling snow has diffused the background.

According to my Lightroom catalogue, there hadn’t been a sustained period of snow in Kent that I could get out to photograph since 2013. Shortly afterwards I remember writing a list of all the places I should visit next time to fully make use of the fluffy white stuff. Good planning, except that 5 years later when the list could finally be utilised, we got so much snow that the locations were inaccessible anyway! So, on the morning of the 27th February I wasn’t left with much choice where to visit. I decided to go to the nearby Chartham Downs as I knew the area well and I was fairly sure I could get there safely. On arrival the layby I usually park in looked like a disaster waiting to happen so I had to park at the end of the road and make the walk through the fields to get to the spot I had in mind. 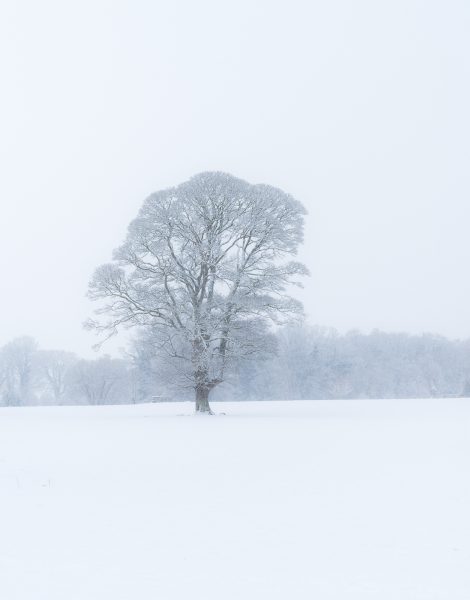 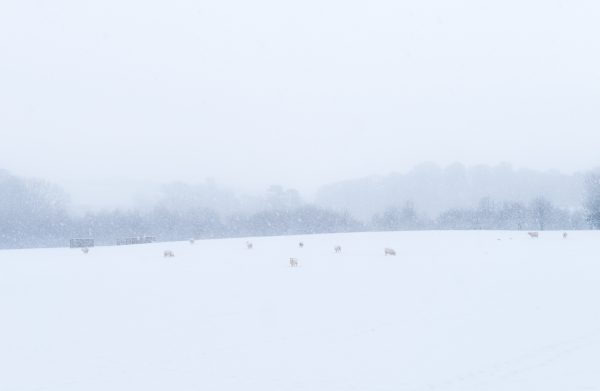 On route through the fields I entered into a lovely grounds with trees and sheep to pick out amongst the snow. The snow was still falling heavily which created a diffused, almost misty look which I liked. If I had been able to park where I do usually I would never have found this place out. 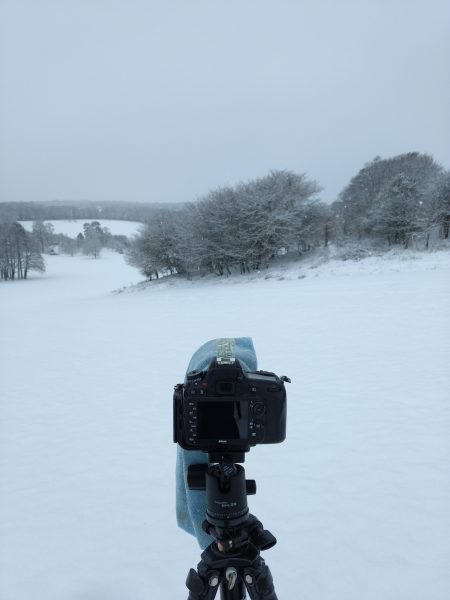 The falling snow required the magic cloth wrapped around the lens..!

With the snow starting to ease I could finish off shooting in this field and continue on towards Swarling Manor. These were lovely conditions in which to shoot now, lots of pure untouched snow which I made use of to create some simple, minimalist images of the trees and hedgerows in the fields. Like shooting on wet sand, you have to be careful not to put your ugly footsteps into your potential shot so I took my time..! 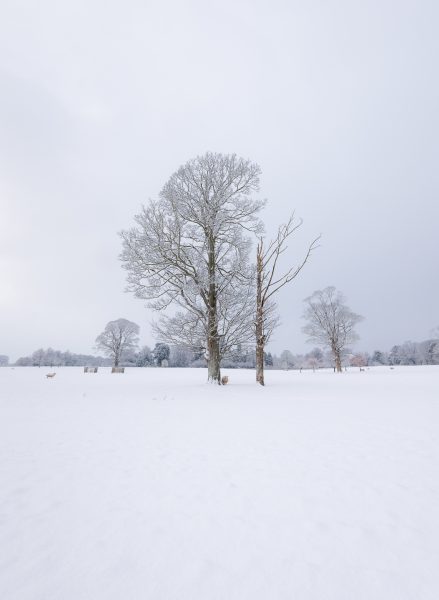 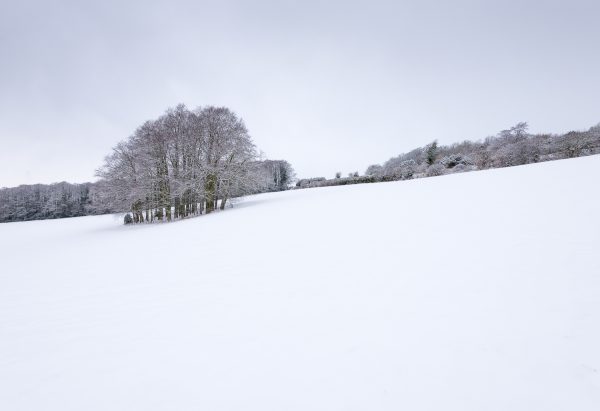 I could have easily spent the day here but unfortunately I had to get back for work, nonetheless it had been a magical few hours alone on the Downs. On the way back up the hill to the car the Sun started to come out so I quickly attached my telephoto and teleconverter to pick out this lone tree in the distance. 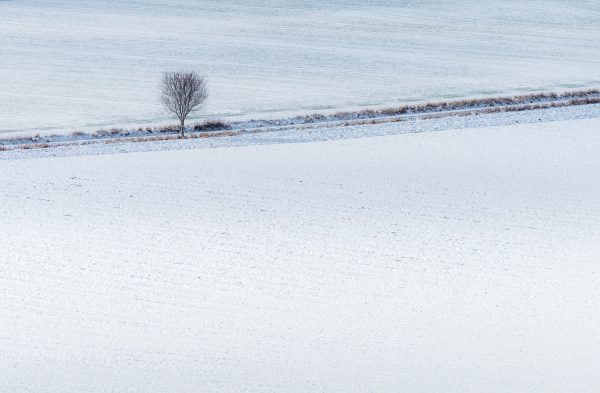 Thanks for reading. Hopefully it won’t be another 5 years before I photograph the snow in Kent again..!