Postling: The 23rd of January Trilogy

Postling is pretty village nestled in the Kent Downs near the coastal towns of Folkestone and Hythe. From the church it’s just a short but steep walk up on to the surrounding ridge that enables marvellous views of the Kent countryside all the way to the Channel.

Postling in Autumn. I found a nice angle to work with but the church doesn’t stand out enough.

This is a shot from one of my first visits in early Autumn. I liked this angle of the church with the wooded ridge in the distance acting as a counterweight. I like the way the light tinges the trees but the Sun is at the wrong angle to highlight the church and it gets lost because of this. If only we had some mist to isolate the spire I thought… 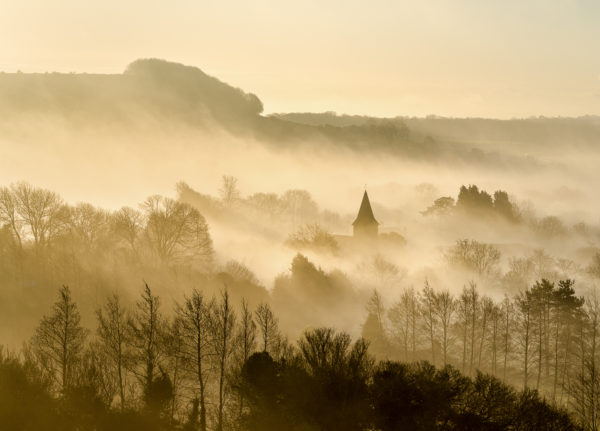 2014. A dramatic few minutes when the Sun came up.

I’ve found mist on the downs to be rather elusive over the years. I’ve been disappointed many times when a good looking forecast has come to nothing but as Joe Cornish says, to be a landscape photographer you must be an optimist so it was with this attitude that I set my alarm to get up early on the 23rd January 2014.

As I made my way along Stone Street in the darkness I was relieved to see the forecasted mist appear and I soon became excited at the prospect of shooting Postling in these conditions. I parked up and quickly made my way up the ridge in the thick fog and waited for the light. The mist began to burn away as the Sun rose which created a dramatic change in the landscape below. Once hidden elements were now slowly revealing themselves, creating a new scene with each moment.

Pure bliss..! It ended all too quickly but I managed to get a couple of shots in the madness including this portrait view later on in the morning.

2014. A tighter portrait version as the mist is leaving.

It would be exactly 2 years later on the 23rd January 2016 when I would shoot Postling in the mist again. A fact I didn’t realise until getting the images home and on to Lightroom. How wierd..! This mornings mist was quite different though. The Sun never broke through the clouds but as the mist rolled through the landscape in the pre-dawn light I managed a couple of shots I was happy with. The bottom shot later appearing in Outdoor Photography magazines ‘Viewpoint of the Month‘. 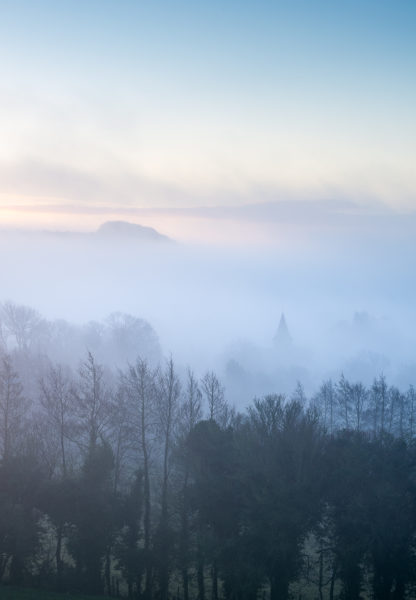 2016. Not much can be made out past the trees at sunrise. 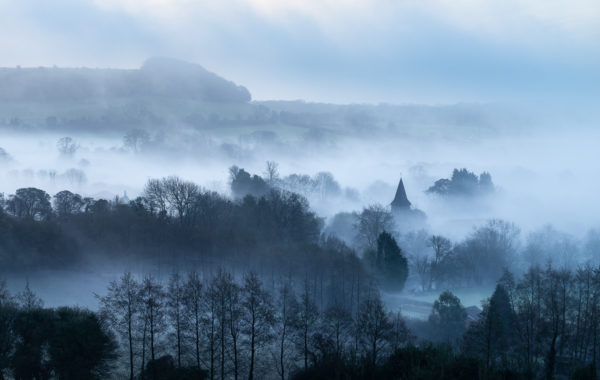 2016. The mist slowly clears in the dim morning light creating a different mood.

I knew now that there must be something special about the 23rd January so I made sure I would revisit next year. The conditions on 23rd January 2017 were again quite interesting. I took a shot from the familiar view with the landscape in a deep frost which seemed to glisten when the golden light emerged.

2017. A deep frost and a slight mist/haze perhaps? Either way the 23rd of January has a good hit rate..!

Thanks for reading. As always I’d love to hear your comments..!