The other week I made two trips down to St. Margaret’s Bay nr Dover at sunrise. It’s a place I’ve been to many times before and in the past I’ve come back with some nice images. I wanted to visit again as at this time of year the sun rises directly out to the middle of the sea and with a high tide forecast I thought I could get some good shots of the incoming waves at sunrise. Of course that didn’t quite work out did it…! The tide turned out to be so high and rough that I couldn’t get down onto the beach far enough to reach the nice round pebbles this bay has. I persisted probably a bit too long before admitting defeat and moving on. By now the sun was coming up and casting nice golden light onto the far cliffs so I quickly shifted to a tried and tested shot to make use of the light. 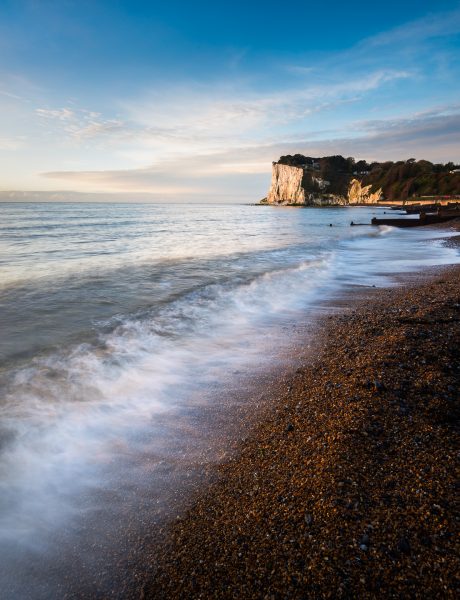 Although its a view I’ve shot before I’m glad I did as the rough waves have really add something different. As it happens a few minutes after this the clouds rolled in and the sun wasn’t to be seen again that morning so was definitely good to get something. I continued to walk up the bay past the White Cliffs cottage and onto the bay underneath the White Cliffs. The tide was still very high and was creating a nice curve that lead towards a view of the cliffs. I set up the shot on the waters edge to shoot as the waves come in. With a 6 stop filter this gave me a shutter speed of 5secs which calmed the sea and emphasised the shape of the curve. I think this was the first time I had been to this part of the bay at such a high tide and it opened up a lot of shots I hadn’t thought of before so I decided to come back the next morning and continue where I left off. 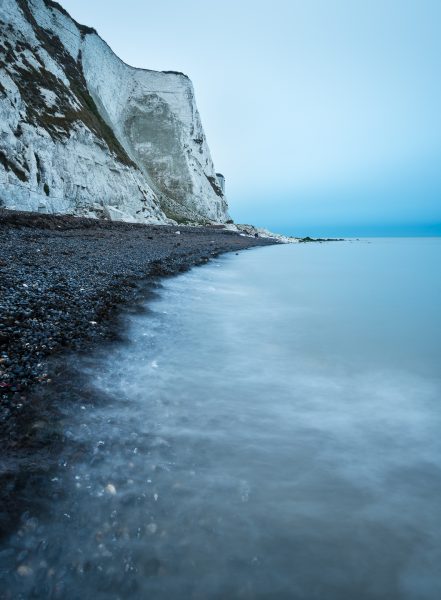 On the second morning the sky was quite cloudy but with enough detail and different shades to be ideal for longer exposures. I went to the cliff view from last time but the tide wasn’t in position yet so I started shooting the nearby groynes. This proved to be quite challenging though as the tide was moving in so quick that i’d only have enough time to set up and shoot a few exposures before having to retreat up the beach to wipe the spray off the lens. It was good fun though and I need to come back and shoot these again as they are quite different to other types I’ve seen and also they don’t have the posts at the end which can get in the way of the view of the sea. 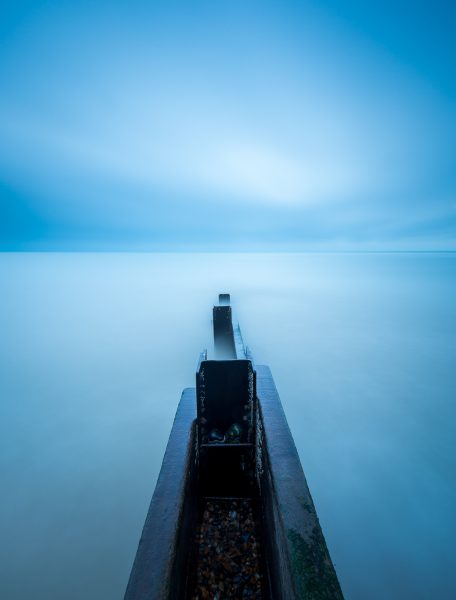 After taking the cliff shot the conditions were still perfect so I stuck around and continued to shoot. I’ve tried shooting this staircase/sea defence wall before as it’s an interesting structure but this time I like the outcome. I used a polariser to help control the wet sheen on the wall from the waves, I then added a 10 stop filter to calm the sea and add a little movement to the sky. This helps focus attention on the structure and add to it’s surreal nature. 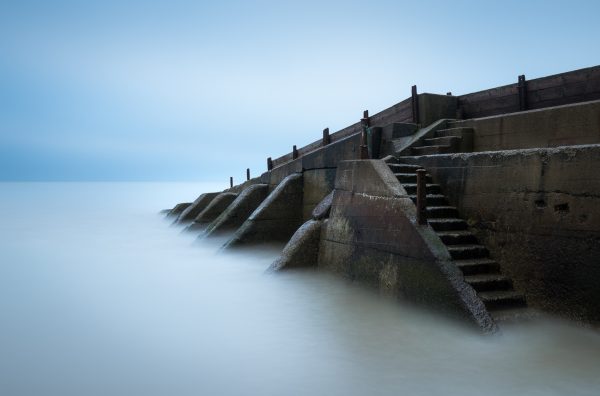 Thanks for reading..! Next one coming soon…